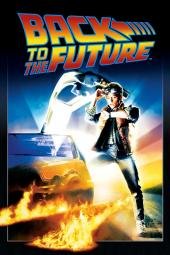 At Oak Grove, we want to train students in biblical discernment in their lives. One of the practical ways we can do that is with media. When it comes to media, many people simply consume, unaware of the sub-messages being communicated, or they may decide to withhold from the “secular” realm altogether. I believe that there is a spectrum between secular and sacred, rather than separate black and white categories, which means that all media speaks to “supernatural” and our collective perspective of the human condition. In a sense, movies could be characterized as America’s storytellers. Not only do Hollywood films reflect certain commonly held attitudes and beliefs about what it means to be American, but they also portray contemporary trends, issues, and events, serving as records of the eras in which they were produced. Do we pay attention to what is communicated in media and the influence that it has on our lives?

We want to create an environment where students will be trained to interact with media constructively and critically. Instead of

We want to create an environment where students will be trained to interact with media constructively and critically. Instead of running away – engaging it, while being careful to filter what needs to be filtered. As a Pastor, I cannot make a list of what is allowed and disallowed for students and have them honor it. As parents, we could make rules, but they may break them without understanding the why behind the rules. Instead, As parents, we create guardrails as boundaries, and over time students need to learn how to make those boundaries themselves. If we do not model that for them at church, at home, and at youth group, how are they going to learn it?

For this reason, we schedule nights of “film and theology” whereas in a group, we will watch a movie, then spend 30 minutes after discussing the sub-messages found within. Conversations about media, consumption, holiness, and Christianity will be a continual thread through Oak Grove Student Ministry.

Marty McFly, a typical American teenager of the Eighties, is accidentally sent back to 1955 in a plutonium-powered DeLorean “time machine” invented by a slightly mad scientist. During his often hysterical, always amazing trip back in time, Marty must make certain his teenage parents-to-be meet and fall in love – so he can get back to the future.

Parents need to know that Back to the Future is a 1980s time-travel favorite that includes scenes in which main character Marty McFly (Michael J. Fox) and his friends are in physical jeopardy: A bully initiates a mostly off-camera assault on a high school girl, there’s a violent attack in which a key character is thought to be killed, a van chases a teen on a skateboard, and more. There are also several episodes of bullying. While the violence is exaggerated and closer in tone to cartoon jeopardy than real danger, some kids will no doubt find it tense. Several scenes show Marty’s discomfort when the girl who will eventually be his mother tries to kiss and embrace him. Expect strong language, including a couple of memorable uses of “s–t,” as well as “bastards,” “damn,” “a–hole,” and a couple of racial slurs in the 1950s-set scenes. It’s worth noting that this is the movie that alerted the public to the concept of product placement, with controversy arising from the near-constant visuals of Pepsi products and other brands.

Is it any good?
The film remains light and breezy, never taking time travel too seriously, and both romance and science defer to adventure. That said, the sci-fi subplot never disappears for more than a scene or two. Marty’s friendship with Doc is at the heart of the film, and it keeps the midsection from becoming just another romantic comedy.
Adult viewers may find that the film milks anachronisms for one joke too many, but kids are likely to get as much of a kick out of the dated clothing, music, and slang of 1980s as Marty gets out of the lack of TV reruns and Tab soda in the ’50s. It should come as little surprise that Steven Spielberg executive-produced Back to the Future. Like so many of his films, it manages to blend heady science fiction, humor, adventure, and romance while retaining an exuberance and a sense of wonder familiar to anyone under the age of 12.

Things to talk about:

Altering the Future
The prominent theme throughout the film is how our choices can alter the future. Choices have consequences. What we do and say can affect others. The conversation between Dr. Brown and Marty McFly is similar to God and King Solomon in 2 Chronicles 7. After Solomon dedicates the temple in Jerusalem to God, God reveals to the king the future. The future is conditional on obedience to God. If Solomon obeys God, then the future is bright and blessed (2 Chronicles 7:17-18). However, the king turns from God and does not obey Him, then the future will turn difficult for the people (2 Chronicles 7:19-22). The future will be irrevocably changed, depending upon the actions of King Solomon. God can see all the possible outcomes. As humans, we can’t see those outcomes. Our future can change. God wants to be involved in the process. God wants us to seek Him for help with our future.

Time
The film describes the responsibility that a person has to time. In the film, people can travel through time. In this case, Marty McFly travels back to 1955. Since he encountered his parents before he met Dr. Brown in 1955, events changed in his life. Dr. Brown tells Marty that he has one week to make things right. In essence, he is told to make the most of his time so that he can make things right. As Christians, we are encouraged to make the most of our time because the days are evil (Ephesians 5:17). Why does God tell us to do this? Because God exists outside of time in eternity. He has put a taste of eternity in our hearts to let us know that we need Him (Ecclesiastes 3:11). God has made everything beautiful in its time. That is why it is dangerous when we as humans mess with time. We need to submit our time to Him as well.

Confidence and Contentment
One of the difficulties that the audience may find in the movie is the contrast between the McFly lifestyle at the beginning and the end. Some have criticized the film for promoting the idea that if things change, one can easily fulfill the American Dream. However, what is really shown is the change between poverty and contentment. One of the ways George McFly gets out of poverty is by making choices based on confidence and not on fear. Through his confidence, George McFly finds an ability at which he excels – writing. His writings provide income for his family.

And then there is the whole category of discussion regarding God and time. God created time and is outside of time, but Jesus entered into time. Our understanding is that God is here, with us today, as Christians. But he also is everywhere, not bound by the natural realm. So, God is present, which is comforting, but does he have a sense of past or future? Going back to the concept of God as light, we can know that God amazingly exists outside of time, while simultaneously He is present in all of it. This is where my mind is blown in an attempt to understand His greatness. A God who can see both the future and past while being fully present in this moment, means we have One who is capable of doing some incredible things on our behalf and we see often see this in answered prayers.

I suspect most Christians believe God will hear our prayers for the present moment and that on occasion He answers immediately, and that they also believe God hears and grants petitions in regard to the future. But for a God who exists outside of time, and is somehow still fully present in the past, is it improbable that we might be able to pray into the past and that He would still grant our requests? I don’t imagine God may alter the past significantly enough based on our prayer to change the course of human history, as timing is His business, but might it be possible to pray for deceased loved ones that God may give them an extra sense of peace during a moment of particular crisis during their life now expired life on earth?

Perhaps to address the longing some of us have to gain access to a time machine to right past wrongs or alter history, Timothy Keller notes that when Jesus returns it will be with such power that the “very material world and universe will be purged of all decay and brokenness. All will be healed and all might-have-beens will be.”

Keller then goes on to quote C.S. Lewis who wrote, “They say of some temporal suffering, ‘No future bliss can make up for it,’ not knowing that Heaven, once attained, will work backwards and turn even that agony into a glory.”

A God who exists simultaneously outside of time and is present with us in each moment? A God who can answer prayers for the future and the past? A God who is working forward into the future to create a new reality and yet restore an original design? A God who will work backwards to turn agony into glory? Great Scott! That’s some heavy stuff, eh Marty?

[I am largely borrowing from other bloggers. Three blogs that were particularly helpful can be found below.